Access to the property farm gate is via a 52.6 km graded gravel road (D446 and D727) from the main tar road (B4 Highway). This road is accessible to conventional cars. From the farm gate to the foot of the range that hosts the deposit (another 1km) is accessible by four-wheel drive gravel track, but essentially all-weather. The mine site workings are on a rugged slope and there is limited access by a bulldozed road. Access to the upper adits and open pit is by foot.

The Aukam Graphite deposit is located in an area of southern Namibia with both summer and winter rainfall. In the austral summer, daytime temperatures peak in the mid 40° Celsius, while in winter temperatures can go as low as freezing. Rainfall in winter is generally light drizzle with occasional harder falls and sometimes flurries. In summer, the rainfall is associated with occasional thunderstorms and is of short duration, but can be of very high intensity. All of the streams within the area are ephemeral and can flow very strongly after summer rainfall. Average annual rainfall is 50-150 mm.

The infrastructure in the area is good with access to the site possible throughout the year. The Aukam Graphite deposit is relatively close to a main tar road and well graded so the only construction required would be a ±2 km long access road to site. There is a national power grid that passes 2 km from the property. A link would likely be required. Water is available in large amounts from underground aquifers (there is an old pump station at the foot of the mountain which was used previously to supply operations with water). The nearest rail link is located next to the main highway (some 70 km from site). Suitable areas for tailings dams and flotation plants are available dependent on eventual plant design. The nearest town of Aus is some 87 km away by road. The area is very arid farmland.

The Aukam Graphite deposit lies at an elevation between 1150m and 1300m above sea level. The surrounding area is up until 1450m above sea level at the highest point. The area is rugged with steep sided valleys and abrupt changes in local relief caused by differential erosion.

The Aukam graphite deposit daylights in an erosional window incised through the hard layers of sedimentary rocks that mantle southern Namibia. The older hosting rocks, known as the Namaqualand Complex, are assemblage of gneisses, marbles, schists, quartzites, amphibolites with nested intrusive rocks including granite and gabbros. This suite of rocks indicates that the entire complex was once deeply buried. Intrusive events of charnockites have been dated between 1300 and 900 million years ago (Kroner and Blignault, 1976). Steep dipping shear zones are common and some are dated by Joubert (1974) around 1200 million years ago.

A prominent flat-lying and resistant sediment layer overlies the erosional unconformity at the top of the Namaqualand Complex. The specific formation has yet to be confirmed; however, it is likely to be the lowest most member of the Nama Group (Dabis Formation). 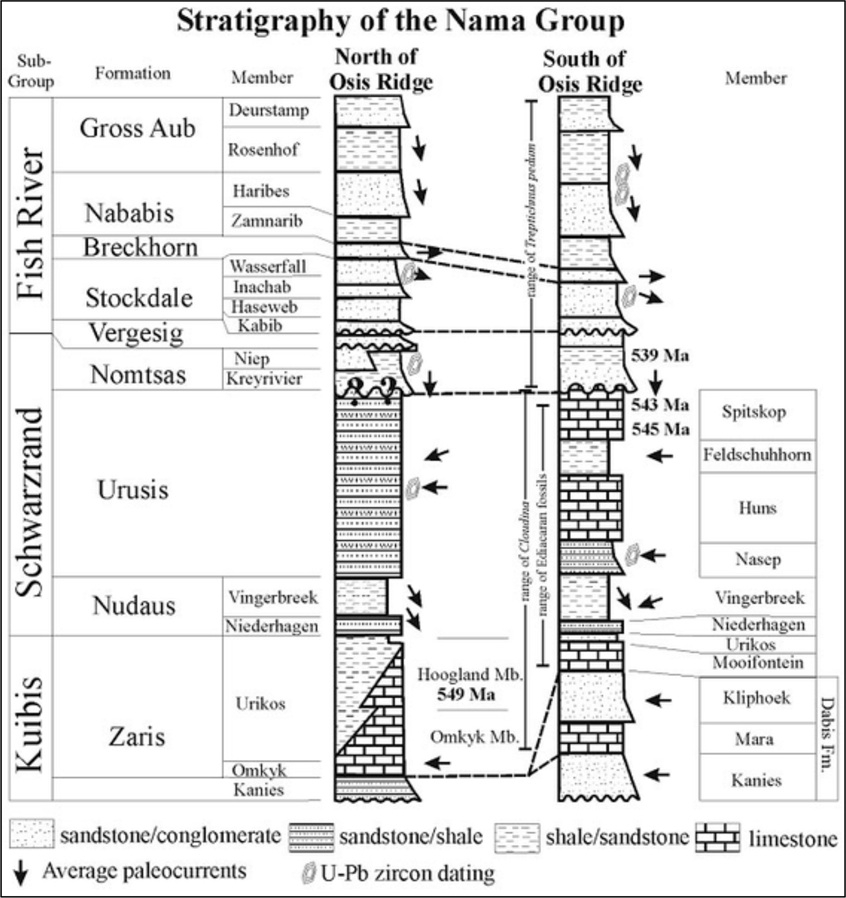 This figure shows the regional geological setting above the unconformity and identifies the Dabis formation as the lowest most member above the Namaqua Complex.

Hydrothermal alteration is common to some rocks in the window as is pegmatite veining. Both are evidence of hot water flowing through the rock. The graphite occurs at one such site where over-pressured hot waters evidently carrying carbon dioxide and maybe methane mineralized carbon into a zone of broken rock. This hosting “shear zone” is exposed for 350 m.

Reimer (1984) identified the sheared host rock at Aukam as Proterozoic granite hydrothermally altered to kaolinite and speculated on a biogenic origin to the graphite. However, he also considers Mueller’s (1971) opinion that veins from an unspecified location in Namibia sounding like Aukam was an “inorganic derivation of the hydrocarbons”.

Schneider and Genis [2001] have published a brief description of the graphite deposit:

“The zone comprises three parallel lodes. Veins, lenses and pockets of ore, several centimeters wide, dip 70 to 90 degrees to the south. The graphite, which is of the fine-flakey to lumpy type, usually contains malachite specs, while sulphur occurs along cracks. The graphite veins are flanked by a pale-green, highly epidotized and kaolinized granite which is soft and highly decomposed.”

The grayish rock and lineaments in the Aukam shear zone are clearly visible in satellite imagery. An inspection of the satellite data has yet to find a similar structure, although there are multiple locations demonstrating alteration that need to be investigated. 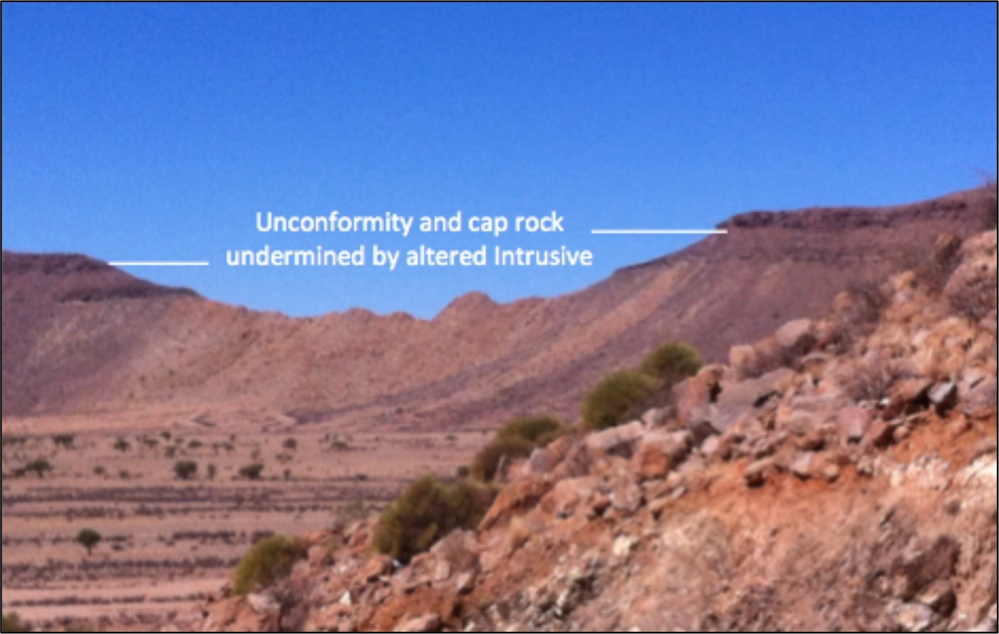 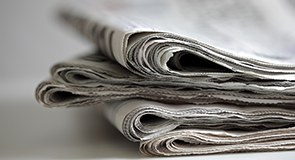 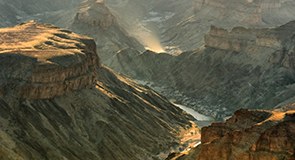 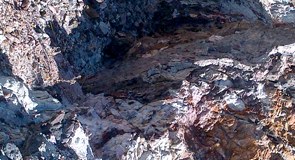